NNM's Alumni are our Greatest Accomplishment

Lindsay organized a pop-up in Lincolnsquare to support her restaurant employer, Bistro Campagne, as well as local artists, and my organization, NeighborFood Meals.

NeighborFood Meals is a Chicago based non-profit dedicated to financially supporting Black and Latinx-owned restaurants and the neighborhoods they occupy during the COVID-19 crisis. When COVID-19 caused mandatory restaurant closures and a financial crisis, NeighborFood Meals founders Alyssa Estrada and Taylor Dugas (class of 2010) immediately thought of close friends and family who would bear the brunt of the impact. Alyssa thought of her own aunt and uncle who were struggling to keep their small Mexican restaurant afloat while supporting their dedicated employees of 10 years. Taylor, having grown up working in the kitchen of a family friend's catering company also wanted to help.

NFM has handed out almost 200 meals in the West Side's Garfield Park neighborhood in partnership with St. Stephen’s AME, and has an upcoming distribution event on 11/08 with Lakeview Pantry to hand out another 100 meals.

Hayden Holbert graduated from Warren Wilson College in North Carolina in 2017. Having completed an environmental studies major with a concentration in sustainable agriculture, Hayden created a full-time job out of work he'd been doing for years: growing food at Avrom Farm in Green Lake, Wisconsin, where his mother grew up.

Hayden's mission at the farm is to "regenerate the land by farming in accordance with nature." He says that Avrom is managed "as an ecosystem through integrating livestock, crops, pasture, vegetables, and forest plants, creating an agricultural system that is both resilient and productive. By farming in this way, we are able to produce exceptionally flavorful and nutritionally dense food." Avrom has launched an online shop to sell chicken and pork and offering shared in a vegetable CSA.

Hayden says his interest in ecology and how farming can help the environment began when he was a student at NNM. "I knew I wanted to be a farmer when I was in sixth-grade in Mr. Ambroso's class." Since then he has been growing vegetables on the farm every summer and more recently began raising livestock. 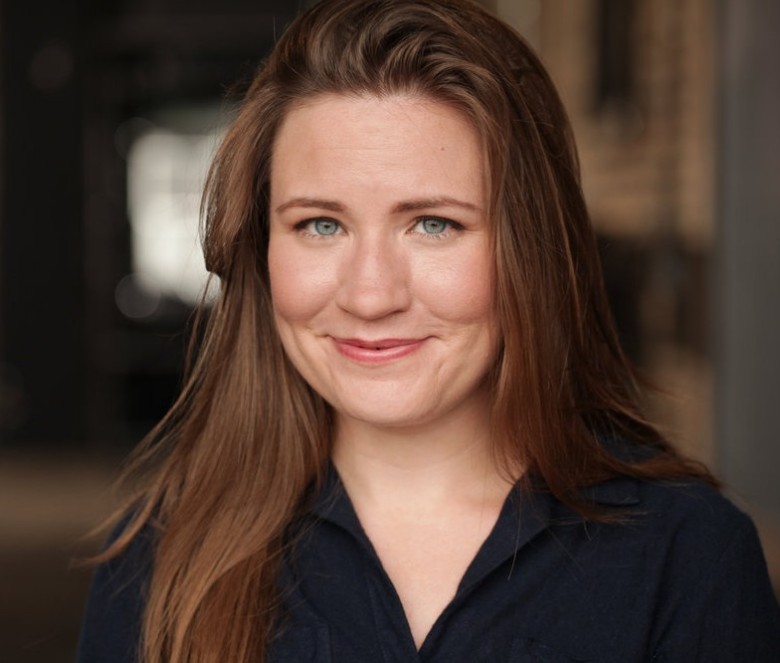 "Find joy!" That's what Skyler Schrempp ('97) says, and she heeds these words every day. The 33-year old theatre artist works as an actor and runs the Viola Project, a nonprofit where girls from diverse backgrounds find self-expression and empowerment by performing Shakespeare. Her own sense of joy in performance came alive at Near North, as her dance teacher Pam Marvel would bring beautiful dresses to class so students could "twirl around in something that made us feel good," as Skyler remembers.

Skyler attended Latin for high school and afterword to Hampshire College in Massachusetts, which she says echoes much of the Montessori philosophy: there are no grades or required courses, and the curriculum is rooted in social justice. She studied performance and costume design, then moved to Brooklyn and worked in film. It was the School at Steppenwolf that eventually brought Skyler back to Chicago, and there, she says, she learned to be herself and allow that to guide her career. She now has plans to get a master's degree at the Vermont College of Fine Arts in writing for children and young adults. "Find your creative community," Skyler says. "Do the work; be kind to yourself and others; that's the mission."

Read all about what some of our graduates have gone on to accomplish after their time at NNM in the most recent edition of The Montessorian.