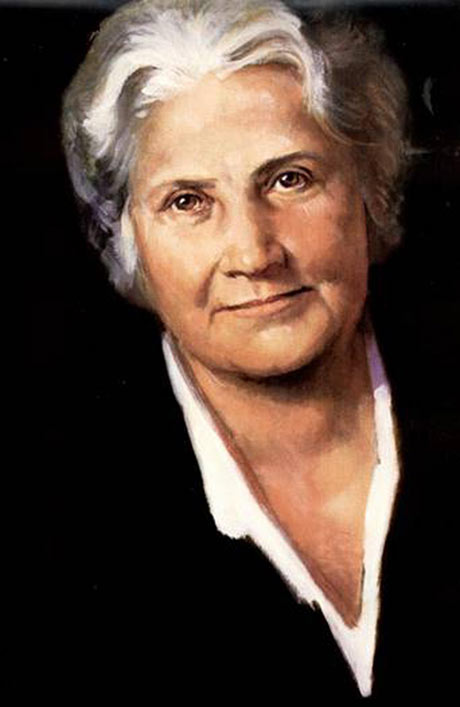 In 1898, she began formulating her ideas while working with diagnosed mentally disabled children at the State Orthophrenic School. Her work was widely publicized when all the children passed their Italian public school examinations.

Dr. Montessori earned a second degree in anthropology in 1904 and opened her first school for children in the San Lorenzo district of Rome in 1907. There she continued her work designing materials to meet the develop­mental needs of children. Dr. Montessori observed that all children learn best through their senses, by doing, and at their own pace. She continued to observe children around the world and found that the principles of development she had recognized are common to children of all races and cultures. Soon her “Children’s Houses (Casa Dei Bambini)” became model classrooms, full of joyful and engaged learners.

The Montessori approach to education continues to be respected and practiced internationally. 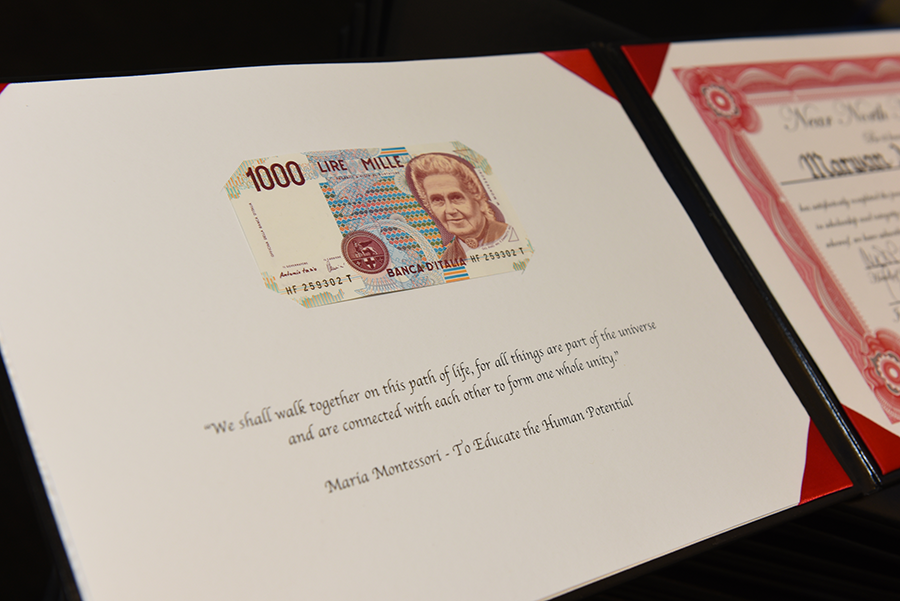 Dr. Montessori was a visionary and a humanitarian. Her work was an inspiration to Jean Piaget and Erik Erickson, and she was a friend and collaborator with Thomas Edison and Gandhi. She has been honored by the Italian government and has her face on the 1000 lire note—which all NNM graduates receive to remind them of Montessori's contribution to their lives.

Montessori schools and training courses for teachers exist on every continent. Trained Montessorians are distinguished by their commitment to the philosophical principles of Montessori education, which maximizes the child's individual potential in a socially cooperative atmosphere.